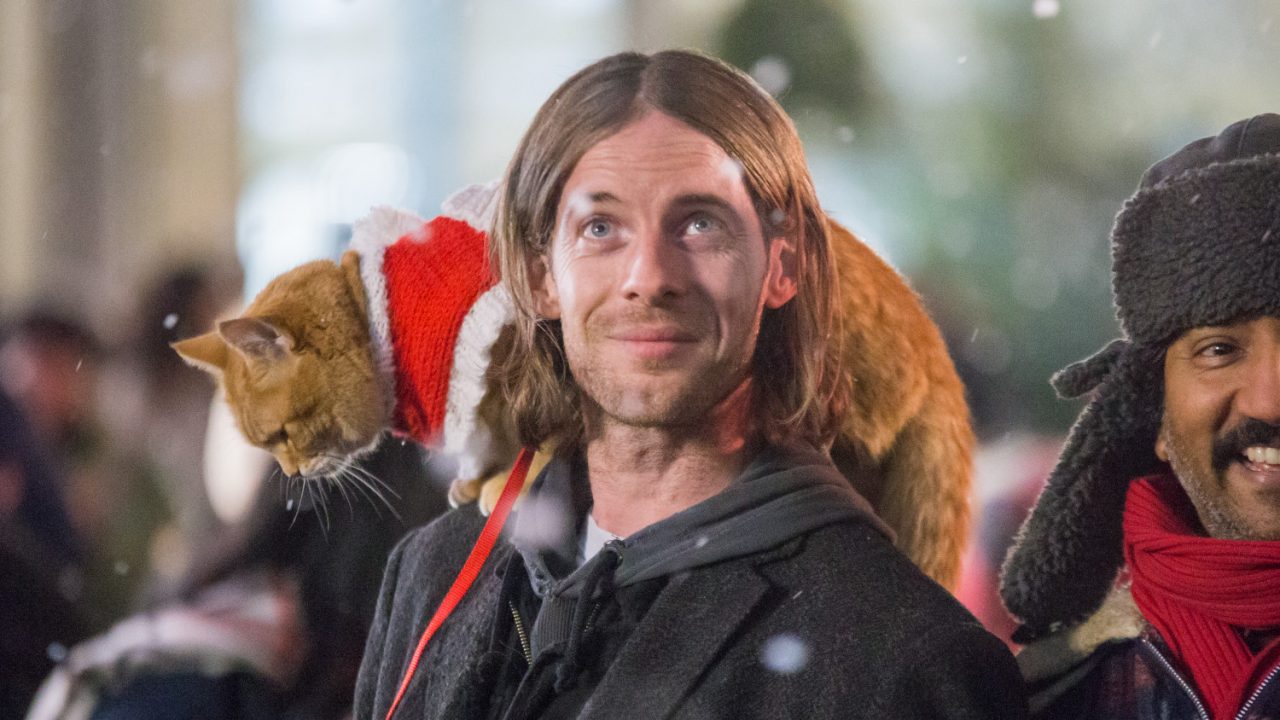 Lionsgate UK is delighted to debut A Christmas Gift From Bob – the much-anticipated sequel to A Street Cat Named Bob, released in 2016.

The trailer, previously released, gives a taste about what to expect from the ‘puffect’ follow-up film – watch it here.

It is the latest cinematic tale about everyone’s favourite street cat. Made famous by his exploits busking and selling on the streets of London with Big Issue vendor James Bowen, Street Cat Bob became a local celebrity and has been the subject of best-selling books and films in recent years. A Street Cat Named Bob was a smash hit on its release in 2016 and the follow-up has been anticipated by fans around the world.

Bob the cat sadly died this summer but was involved in the filming late last year. He shared his role with several other cats and was onset to oversee his doubles.

The Twickenham Studios team loved working on this sequel following on from their work on A Streetcat Named Bob – with Sound Remix by Tim Cavagin and Craig Irving, Foley by Adam Mendez, Sophia Hardman and Oli Ferris, Stages being used for shooting and Picture Post Grade by Michelle Cort.

A Christmas Gift From Bob is in cinemas and available to rent on November 6th.