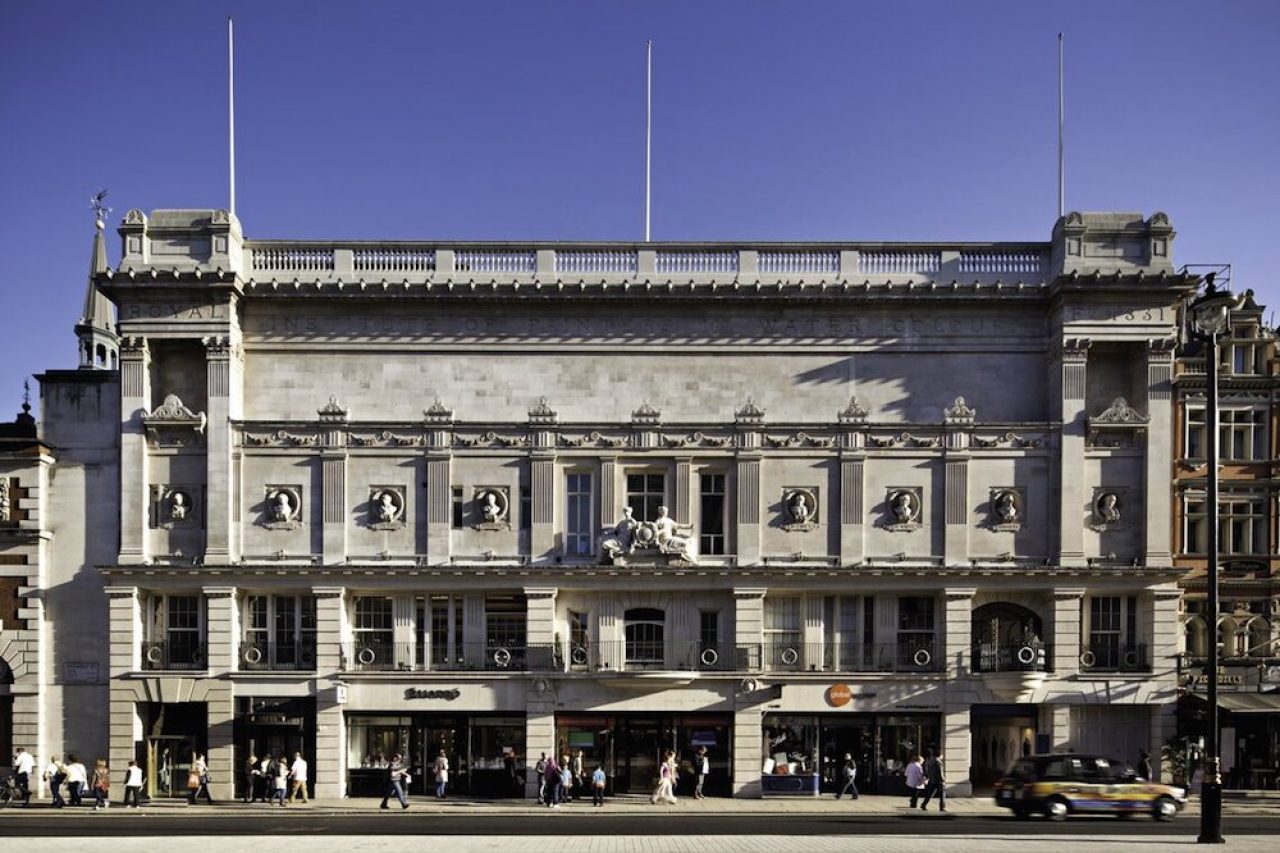 BAFTA has announced ambitious plans to dramatically expand the work it does to find and support new talent in the UK and globally.

In 2022 the charity plans to relaunch its year-round learning and talent development programme, engaging over 10m learners online and equipping 80,000 people a year with the tools to develop a career in film, games and television via events, competitions and initiatives. In addition, bespoke year-round support will be given to 4,000 talented individuals through initiatives including BAFTA Breakthrough, BAFTA Crew, Young Game Designers and newly -developed initiatives to help talent realise their potential.

The expansion is made possible by the ongoing redevelopment of BAFTA’s headquarters at 195 Piccadilly. Due to officially open in 2022, 195 Piccadilly will be a creative centre for film, games and television and the central hub for BAFTA’s UK-wide, and global, learning and talent development programme. The redevelopment will give BAFTA its first ever dedicated learning space, as well as state-of-the-art technology and increased revenues to enable it to fulfil its charitable remit for years to come: investing in the next generation of talent; helping to build a more inclusive and diverse industry; and increasing public engagement.

The BAFTA Review, which was published in 2020 announcing wide-ranging changes to BAFTA’s Awards, has informed and focused the enhanced learning programme announced today. The Review, an industry-wide consultation on issues within BAFTA’s voting procedures and the wider industry, identified groups who face particular challenges in accessing the screen industries, including disabled practitioners, and challenged the industry to address the serious lack of opportunity and equality. The expanded learning and talent development programme is informed by these findings, ensuring a diverse future across the film, games and television industries.

So far, the redevelopment has been generously supported by donations from the film, games and television industry, individuals, and trusts and foundations. Donors include: The Dolby Family and Dolby Laboratories, The Shaw Foundation Hong Kong, Netflix, The Reuben Foundation, the Clore Duffield Foundation and The Mayor of London’s Good Growth Fund, supported through the London Economic Action Partnership (LEAP).

In addition to generous support of the 195 redevelopment, Netflix is also the main supporting partner for BAFTA Breakthrough, the flagship global talent initiative operating across the UK, USA and India, which showcases and supports the next generation of creative talent in film, games and television.

BAFTA continues to fundraise to support the expanded learning and talent development programme and the redevelopment of 195 Piccadilly, find out more at www.bafta.org/about/fundraising/illuminating-bafta.

Amanda Berry OBE , Chief Executive at BAFTA said: “This is a vital investment in the creative future of film, games and television. Our cross-sector knowledge, global talent networks and the newly renovated 195 Piccadilly will allow us to deliver a learning and talent development programme that enables talented individuals to build careers in our industries. The redevelopment of 195 Piccadilly, and the opportunities it will make possible, will allow BAFTA to ensure that the next generation of talent – whatever their background – has the vital chance to succeed.”

Barbara Broccoli, BAFTA Vice President for Film, said: “I am passionate about supporting BAFTA’s role in educating, inspiring and celebrating the diverse future generations of talent in film, digital and games. The redevelopment will enable BAFTA to expand this important work.”

Ray Dolby’s son David Dolby, said: “BAFTA is the home of film, games and television in the UK, and we are proud to support the redevelopment of 195 Piccadilly both financially and with Dolby’s technology so visitors to the building can enjoy the best audio-visual experience, and see the magic on the screen come to life as the creators intended. Supporting BAFTA is a fitting tribute to Ray Dolby’s innovation in sound technology and the founding of Dolby Laboratories in London, both of which have had a tremendous impact on the creative industries.”

Raymond Chan, The Shaw Foundation Hong Kong, said: “The Shaw Foundation Hong Kong is thrilled to celebrate the legacy of the late Sir Run Run Shaw and his historic relationship with BAFTA by naming the new screening room at 195 Piccadilly. It is very exciting that the new Run Run Shaw Theatre, a 41-seat cinema with state-of-the-art screening capabilities, will provide a new opportunity to showcase the work of new and emerging talent.”

Anne Mensah, Vice President of Original Series at Netflix, said: “We’re incredibly proud to build on our support for BAFTA, its training initiatives and the redevelopment of 195 Piccadilly. This is an exciting moment for BAFTA and we hope that the venue will be able to deliver new learning and development platforms to inspire and provide a helping hand into the industry for the next generation of British creatives.”

Debra Reuben, The Reuben Foundation, said: “The year-round work BAFTA undertakes to break down barriers and provide opportunities for new and emerging talent is truly remarkable. The Reuben Foundation is delighted to support the redevelopment of 195 Piccadilly which will greatly expand BAFTA’s reach, and give even more people the tools and skills they need to undertake a career in the film, games and television industries.”

Sir Lloyd Dorfman CBE, said: “BAFTA is a special charity, operating at the heart of the UK’s creative industries, one of the greatest assets of this country. The redevelopment of 195 Piccadilly will enable BAFTA to dramatically increase its charitable activity supporting young people working in the sector.”

Dame Vivien Duffield DBE, Chair of The Clore Duffield Foundation, said: “The Clore Duffield Foundation is passionate about the people using our spaces and the transformative power of the arts within their lives, so we are thrilled to be supporting the redevelopment of 195 Piccadilly and the creation of a whole new floor dedicated to BAFTA’s expanded learning programme. It is very exciting that the Clore Learning Space at BAFTA 195 Piccadilly will be the UK’s first Clore Learning Space dedicated to the art forms of the moving image.”

Deputy Mayor for Planning, Regeneration and Skills, Jules Pipe, said: “London’s world-leading creative industries such as film, games and TV have a crucial role to play in our economic recovery from Covid. The Mayor has made creating and protecting jobs a top priority and we’re proud to support this project through his Good Growth Fund. Women, those from BAME communities, disabled people and Londoners from lower socio-economic backgrounds are significantly under-represented in the screen industries – so this new investment by BAFTA will also be vital in helping people into careers in these exciting fields.”

Sara Geater, All3Media Chief Operating Officer, said: “All3Media is delighted to support BAFTA’s project, which is an important investment in the next generation of television talent. It is crucial for the creative and commercial future of our industry that jobs and opportunities are accessible to those from all backgrounds. The work that we all produce, the value we contribute both financially and culturally, will be far more relevant, impactful and meaningful as a result.”

Frank Sagnier, Chief Executive of Codemasters, said: “Codemasters is proud to support BAFTA’s redevelopment of 195 Piccadilly as an investment in the next generation of gaming talent. BAFTA’s talent development schemes, including Young Game Designers, BAFTA Crew and Breakthrough are vital programmes that support, discover and inspire the games creators of the future, and the redevelopment will enable these programmes to expand and reach more people globally which is very exciting”